The Amazing Story of Eric Davidson, Survivor of the 1917 Halifax Explosion

Eric Davidson lost both eyes in the Halifax Explosion when he was two years old. Against all odds, he taught himself to become an auto mechanic and had a successful decades-long career as “one of the boys.”

Eric Davidson was a beautiful, fair-haired toddler when the Halifax Explosion struck, killing almost 2,000 people and seriously injuring thousands of others. Eric lost both eyes—a tragedy that his mother never fully recovered from. Eric, however, was positive and energetic. He also developed a fascination with cars and how they worked, and he later decided, against all likelihood, to become a mechanic. Assisted by his brothers who read to him from manuals, he worked hard, passed examinations, and carved out a decades-long career. Once the subject of a National Film Board documentary, Eric Davidson was, until his death, a much-admired figure in Halifax.

This book does not gloss over the challenges faced by Eric and by his parents. Written by his daughter Marilyn, it gives new insights into the story of the 1917 Halifax Explosion and contains never-before-seen documents and photographs. While Eric Davidson has been mentioned in previous Explosion accounts, his story has never been told in such fascinating detail. Davidson overcame such odds that his life story might not seem believable if it had not happened.

Marilyn Davidson Elliott
Marilyn Davidson Elliott is the daughter of Eric Davidson. She was born in Halifax in 1955 and grew up in the North End of Halifax. Marilyn's commitment to her parents blessed her with a lifetime of cherished memories. While raising her family, she held a variety of jobs. In 1993, she acquired her Certified Insurance Professional designation and worked with the provincial government as a claims adjuster until retirement in 2011. Marilyn served as a member of the Halifax Explosion 100th Anniversary Advisory Committee. Marilyn enjoys spending time with her granddaughters and summers at the cottage in Lunenburg County. 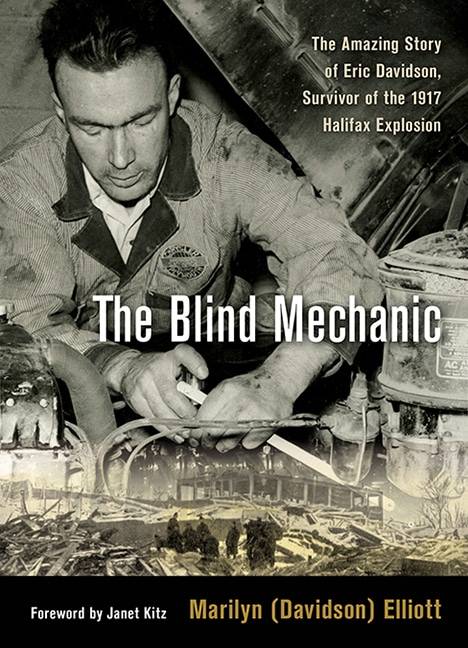