My Journey From Darkness to Light

Vernon Theriault was off shift when the Westray mine exploded in 1992, killing twenty-six men in Plymouth, Nova Scotia. Theriault took part in the perilous rescue operation that followed, as the small community hoped against hope that survivors would be found. As the magnitude of Westray took hold, Theriault found himself struggling with post-traumatic stress disorder and nightmares. When he tried to re-educate himself for another line of work, he discovered that he was both illiterate and dyslexic. Theriault found new purpose when he became part of a labour movement that successfully lobbied the federal government to bring in a worker-safety law that became known as the Westray Bill.

Theriault collaborated with his cousin Marjorie Coady to write this book, which contains colour photographs as well as excerpts from the report of a judicial inquiry that called Westray “an accident waiting to happen.” Theriault describes what it was like to work underground in the mine and takes readers through the harrowing rescue, which recovered fifteen of the twenty-six bodies.

Theriault openly discusses his complicated journey in this straightforward, simply written memoir, which begins with the promise of a good job with good pay at Westray.

Vernon Theriault
Vernon Theriault was a miner at the Westray mine in Plymouth, Nova Scotia, when disaster struck, killing twenty-six co-workers. In the aftermath of the 1992 disaster, he struggled with PTSD and illiteracy while lobbying for a worker-safety law in Ottawa. Theriault told his story to his cousin Marjorie Coady; they both live in New Glasgow. 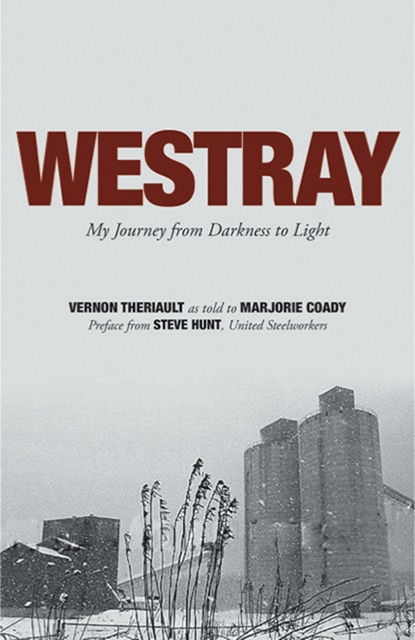 "This is a book of heroic survival, heroic recovery and heroic solidarity. This is a story every Canadian ought to know, told in the simple words of the man who lived it." —Vancouver Sun (Vancouver, BC)