The long-awaited narrative history of the women who volunteered in Nova Scotia during the Second World War by award-winning journalist and author of No Place to Go.

“I was home cooking carrots because my mother was off winning the war.”– Patricia Timbrell, whose mother, Amy Jones, along with her friend Una Smith, established and ran the Central Magazine Exchange, which distributed four million used magazines and 30,000 packs of cards by June 1942 alone for troop and merchant ships in Halifax Harbour.

Halifax women won the Second World War — but not in the ways you might have been told. We all know the stories of Canadian women during the war who trained as machinists, welders, and streetcar drivers to fill the shoes of men who answered the call. We know how women kept the home fires lit while their husbands, brothers, and fathers fought.This is not that story.
The Volunteers: How Halifax Women Won the Second World War is the untold story of Halifax women who geared up in a flash to focus on the comfort, community connections, and mental health of Halifax?s exploding population of sailors, soldiers, airmen, and merchant mariners. They did a job no government could have organized or afforded. They did it without being asked. And they did it with no respite from their daily duties.
Thoroughly researched and compellingly told, and with a dozen archival images, The Volunteers examines the untold stories of the hardworking women whose unpaid and unacknowledged labour won the Second World War.

is a Halifax-based freelance journalist, broadcaster, and author who has an abiding fascination with flipping on the lights above society?s unexamined everyday. She has been a finalist and multiple winner at the Radio Television Digital News Association Awards, the Atlantic Journalism Awards, the Canadian Association of Journalists Awards, and the Atlantic Book Awards. She has taught journalism at the University of King?s College since 2003. 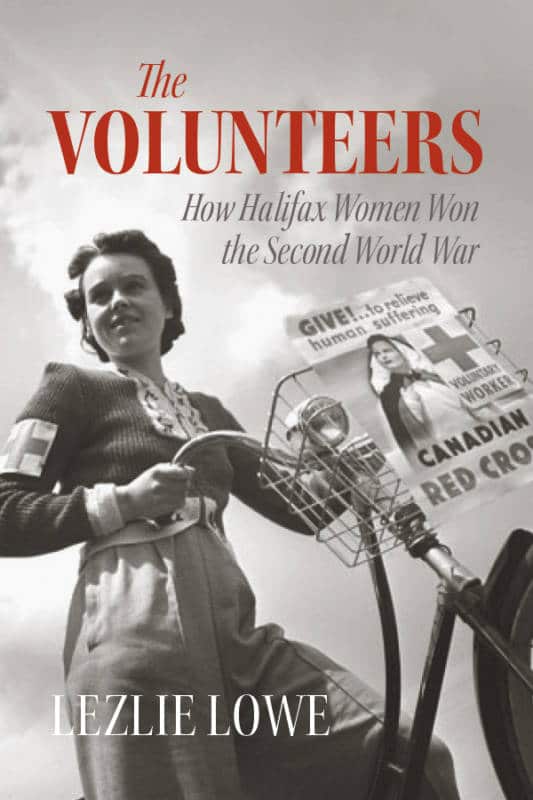