Lexie Ivy loves her little house in Cape Breton, her big family, and the endless sea that surrounds her. She wouldn’t trade her life for anything, but at thirty she’s starting to feel like something’s missing.

Enter Adrian, a charming backpacker who takes a wrong turn at the U.S. border and ends up on Lexie’s doorstep, and Joss, an irresistible man who disappears just as quickly as he arrives. Lexie’s peaceful life has suddenly become more complicated than she ever imagined.

Lesley Crewe’s funny, whip-smart debut novel brims with Cape Breton-style humour. Filled with heartache without succumbing to it, Relative Happiness is the story of life and love in a small town, of four sisters who love, betray, and rescue each other in turn, and of Lexie Ivy’s joyful awakening. To be released as a feature film in 2015. 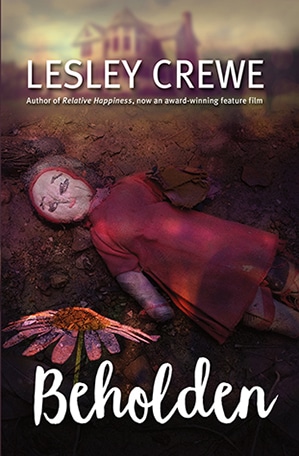